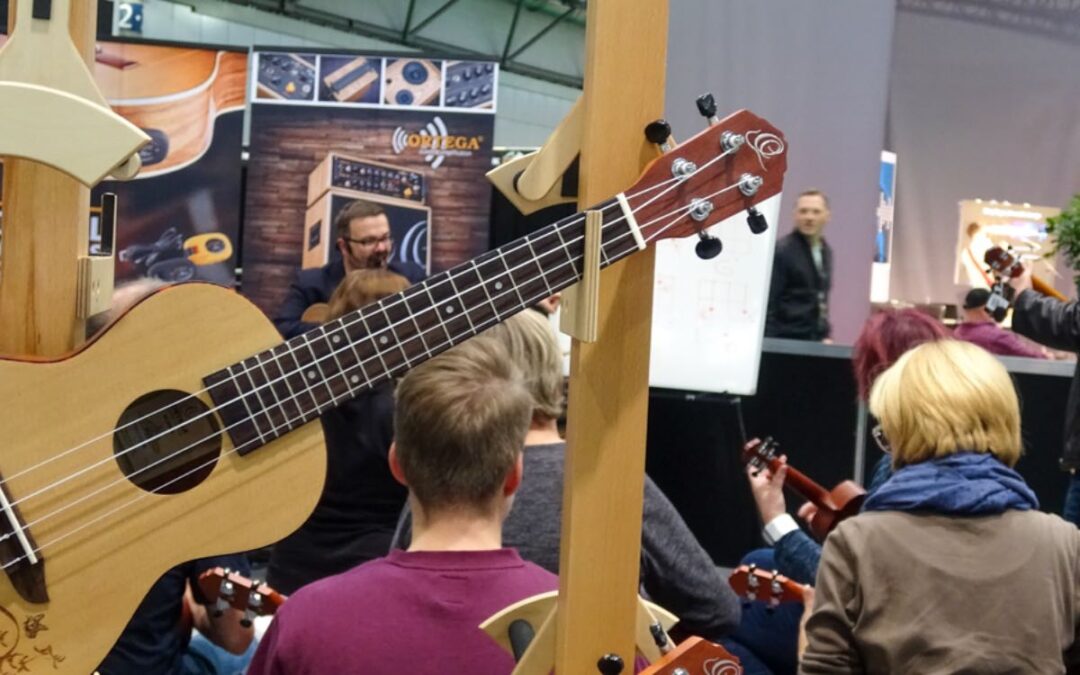 Between the 1st and the 3rd of November 2019, the first edition of the Musicpark exhibition was held in the Leipzig fairgrounds.

We thought, Ortega turned out to be the icing on the cake during the event. Despite their strictly acoustic approach, the company exhibited a wide range of instruments – from acoustic basses with huge resonance boxes perfect for playing unplugged all the way through to fretless, diminished scale, and bass ukuleles, even fretless ones (see some of them HERE).

Take a look at our report from the company’s booth, which is hosted by Josip Jukic:

“We’re here at the Musicpark Leipzig. It’s the first time at Musicpark. I think it’s a very cool event. We have a lot of cool concerts and exhibitors. We’re from Ortega Guitars and we have brought some of our basses. Not every model but some cool models.

Let’s go over to some ukulele basses. We have a very special fretless ukulele bass with very special Aquila Thundergut strings. On this bass, it’s possible to play the same octave as on a normal medium-scale bass. There’s also another model which is fretted. Very similar to the other one but with more details such as laser engraving and also the same cool strings.

This is our signature model for Ken Taylor – the bassist with Peter Maffay (see: HERE). We have one short-scale model. Very, very beautiful with distressed finish. It looks very worn out and old but it’s a completely new bass. There’s a cool Fishman pickup built in, an XLR symmetric output and a normal jack output and very nice inlays with Roman numbers. It’s very unique and easily playable also for guitarists or bassists that have smaller hands.

Here’s the masterpiece – the Ortega KTSM-5. It’s actually the same bass Ken Taylor plays on stage for his MTV Music tour. He also started an unplugged tour. Very beautiful binding, cutaway. This is a five-string version, there’s also a four-string version. We can also see it from the back.”