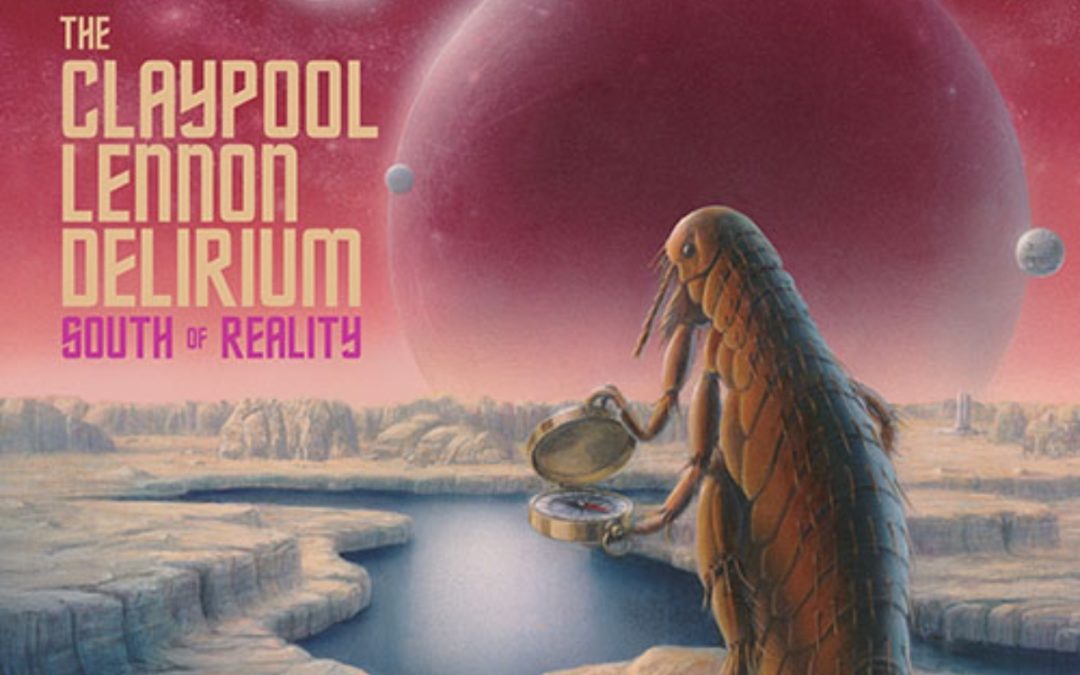 Les Claypool is one of the craziest bassists in the world. He is the founder of Primus, an absolutely unusual outfit. In The Claypool Lennon Delirium project, he makes music with the son of John Lennon (yep, THE John Lennon). Sean Lennon (that’s who we are talking about) is a true multi-instrumentalist. In the duo, he is mainly responsible for vocals, guitars, mellotron and drums. Les is in charge of the bass, double bass (easy to guess), but also drums and also mellotron. What a project! Well, the gentlemen write music in tandem (WOW). The result of the combination of these two artists is the art of “high-flying”. If we had to label their musical output so far, we would call it psycho rock.

Les Claypool and Sean Lennon have announced that their second full-length album is complete. The Claypool Lennon Delirium duo will release it in February 2019. The album will be titled “South of Reality“.

The cover itself is quite freaky… Below, a little press release.

“South Of Reality, The Claypool Lennon Delirium’s epic sophomore album might be just the antidote this sick world needs. The music so potent it could repel an asteroid impact from space. These seasoned warriors of psychedelia have crafted timeless songs that may as well be chiseled in stone.”

We highly recommend this release to all Les Claypool and Sean Lennon fans!