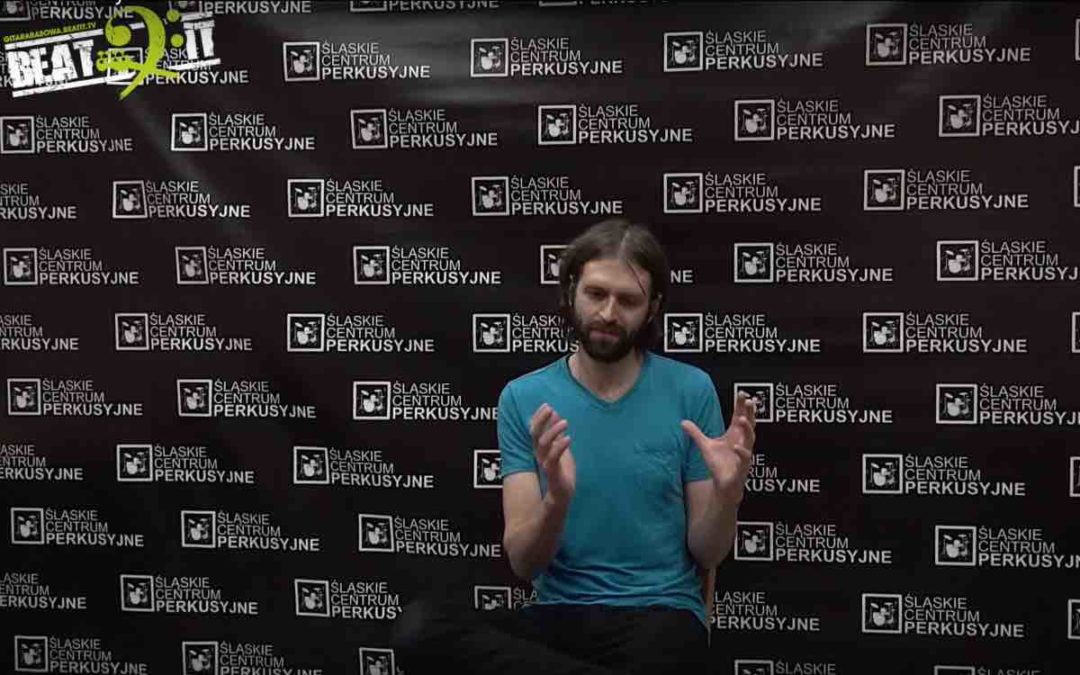 On November 11, 2018, the first edition of Silesian Drum Festival took place at the Chorzowskie Centrum Kultury theater in Chorzów, Poland. It was organized by the Śląskie Centrum Perkusyjne drum store. Together with our editorial team, we set off for Chorzów in the middle of the night (it really is scandalous to have to start a journey at 6:00 am on a national holiday!), but the line-up featured two very strong bassist names: the Polish master Piotr Żaczek (along with his rhythm section mate, drummer Robert Luty) and American Geoff Kraly, who performed on stage as part of the Paris Monster duo together with drummer Josh Dion. We jumped at the opportunity to interview Geoff backstage (see: HERE) and asked him a few questions about the gear he uses, i. e. bass guitars, effects, mixers, amps, cabinets. See the full bass rig rundown featuring this talented bass player. 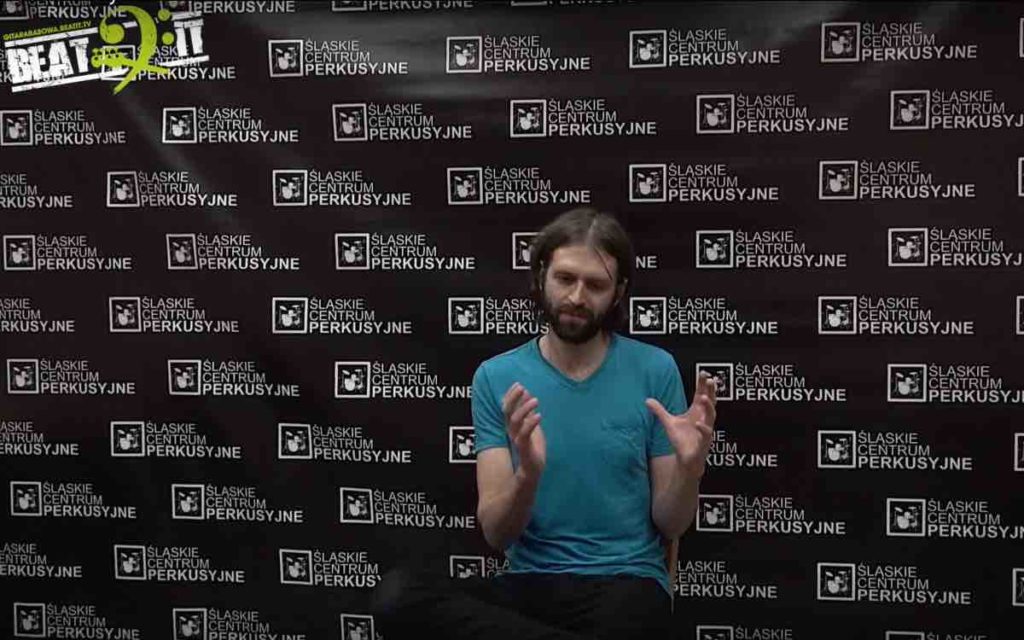 Geoff Kraly: On the bass end of things, the bass is going through the pedal board that you’ll see, so all the pedals are for the bass. There’s three distortion pedals, there’s a Devi Ever Bit, which is an 8-bit gated fuzz. There’s a Tech 21 VT Bass, which is a SansAmp distortion. I use it more like a clean boost in a way, it’s not heavily distorted. There’s a Prunes and Custard pedal by Crowther Audio, which is made in New Zealand. It’s kind of a filter distortion. There’s two delay pedals. One is a Malekko 616, and a crazy, Particle granular delay by Red Panda. Probably the biggest part of the sound for Paris Monster is the Eventide PitchFactor. That’s doing all the pitch shifting on a few different settings. That’s on 80% of the time in this band. Maybe a little less than that. Then, an Ernie Ball volume pedal. I think that’s about it. Yeah, and then some expression knobs and AUX switches for the Eventide.

BeatIt: And then, there’s the case…

Geoff Kraly: Yeah, the Eurorack modular synth. That’s on its own signal chain so that’s not going through any of the pedals. A lot of the times, people assume that the bass is running through that, which is an easy mistake to make. Not even a mistake, I would guess the same given the sounds that the Eventide can make. But that’s on its own, kinda free-running controlled by a Keith McMillen keyboard controller. It’s clocked by a Korg metronome, so no computers or anything. It’s just analog clocking. I know it’s a bass website, but if anyone’s interested there’s some Harvestman modules, which is now Industrial Music Electronics, Intellijel, Make Noise Music and a couple others. That’s a relatively new role for me. I’ve played bass since 12 but I picked up the modular synth about 5 years ago. It’s a lot of fun, a real rabbit hole for me now. If you’re into pedals, it’s like that, but on hyper speed. Stay out of it if you can. That’s my advice.

Geoff Kraly: Here, I was using what the festival provided, which was awesome Aguilar rig. Back home, I use two Ashdown cabinets, two 15” speakers, and a vintage Ampeg V-4B, which is a 100 watt all-tube head. When I don’t have that, I’m unhappy but I can’t bring that on the plane. I can barely bring all this out on the plane. But I love all-tube heads.

BeatIt: Guitars. Here, you had just one with you.

Geoff Kraly: Yeah. This one is a 90s Fender Jazz Bass. My main bass that is home right now is a 1972 Jazz Bass.

Geoff Kraly: Let me think… They’re Mogami cables with Neutric connectors which I had custom made by Redco Audio, in Connecticut. I’m unaffiliated with all those companies. I endorse them though I don’t have to, but I do.