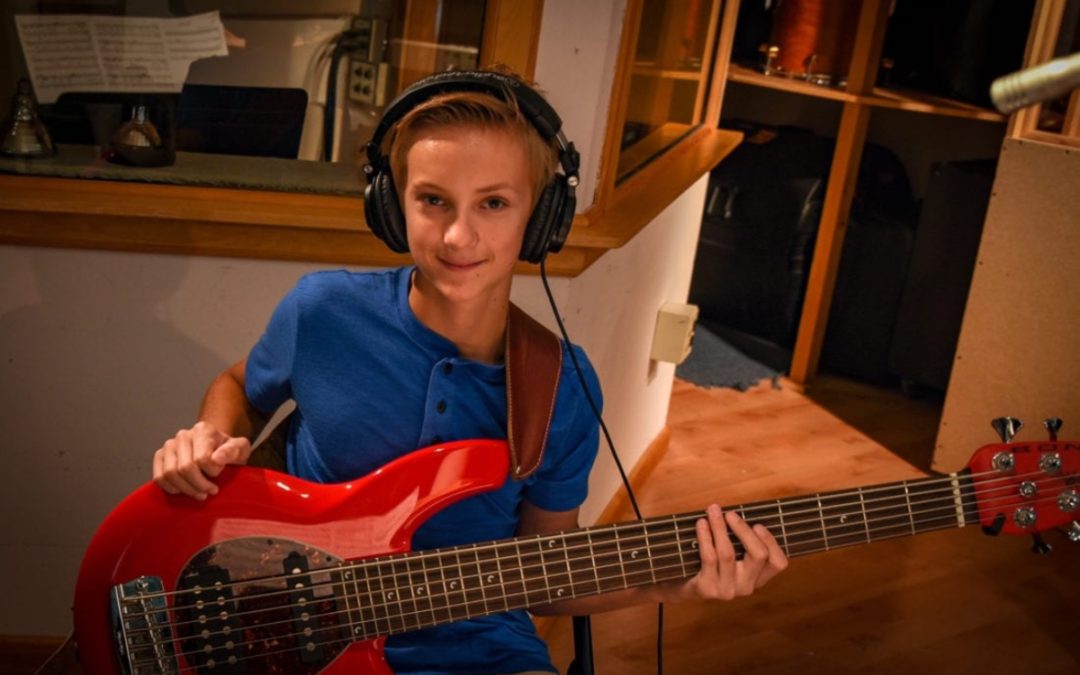 Gabriel Severn is a 14-year-old bass player from the United States. From a young age, he wanted to play bass, which (combined with hard work), resulted in the current DownBeat magazine award, and earned him an international career. After a few months of studying the bass guitar (at just 7 years old), he joined the young band Motown, who paid tribute to the legendary record label. It gave him some recognition and an insight into the music market. Gabriel played at special events, music festivals and on radio and television.

At the age of 11, he made his version of Jaco Pastorius‘s solo from the song “Havona” and posted this on his YouTube channel. That was it and the world went crazy about him.

Although he played in different groups after Motown, Gabriel wanted to have his own band. At the age of 12, he gathered some of the best and most promising young musicians from central Pennsylvania and founded a jazz-fusion band called Teen Town. The group performed all over the state opening concerts for artists such as: Victor Wooten Trio, Tierney Sutton Band and Original Drifters. Teen Town has appeared at many major festivals and events, including the Boscov’s Berks Jazz Festival in 2018, the Dauphin County Wine & Jazz Festival, the Scranton Jazz Festival and TEDx Harrisburg.

Gabriel studied with the likes of: Victor Wooten, Anthony Wellington and Adam Nitti.

On November 16, Gabriel Severn released his composition titled “Song for Fina“. For this project, he teamed up with multiple Emmy Award winner and multiple Grammy award nominee, Chieli Minucci, who produced and also played guitar on the recording. Gabriel Severn is the first rising star of the MARKBASS brand, belongs to the Ernie Ball artist family, and he uses strings from the French craftsman named Carlos Pavicich.

Gabriel, keep it up!

Below is a brief preview of Gabriel’s acclaimed work: